As Islamic State continues to lose territory in its major strongholds in Syria, activists and civil society organizations are leading deradicalization efforts, hoping ultimately to erase the militants’ ideological legacy.

With the so-called Islamic State (ISIS) on the retreat in parts of northern and eastern Syria, activists and civil society organizations are refocusing their efforts on counter-extremism and establishing deradicalization programs, hoping to erase the militants’ entrenched ideology.

“After ISIS was militarily expelled from areas under its control, civil society groups entered into a confrontation with the ideological remnants of the group,” said Aghiad al-Kheder, a member of Sound and Picture Organization, an opposition-run media network that covers developments in Raqqa and Deir Ezzor and is spearheading deradicalization efforts in former ISIS areas.

When ISIS established its so-called caliphate in Iraq and Syria, it also began a widespread campaign to disseminate its ideology among the population living under its control. In the course of its three-year rule, these efforts particularly targeted children and adolescents: ISIS established schools, training camps and a new curriculum based on its way of thinking.

A 2016 study by the Washington Institute for Near East Policy which examined ISIS textbooks found that children were being taught how militants identify “unbelievers” and what measures should be taken against them. Even the study of mathematics and chemistry involved an ISIS twist. For example, one textbook included the question: “If the Islamic State has 275,220 heroes in a battle and the unbelievers have 356,230, who has more soldiers?”

ISIS also spread its ideology among the broader population through various publications and media productions. They included weekly newspapers such as al-Naba’a, the al-Bayan Radio, which used to broadcast in ISIS territories, and the notorious Dabiq magazine, which it tailored toward foreign recruits. The militant group’s sermons in mosques also espoused a hardline Salafi-jihadi interpretation of Islam and encouraged violence against non-believers.

The organization “seeks to spread awareness and remove extremist ideology from the minds of ISIS members, while trying to promote tolerance in society,” Nasser said.

He said this is achieved through courses and workshops delivered by SCEC staff, which includes a diverse group of experts, such as media professionals, psychologists and specialists in the field of Sharia, who promote a moderate interpretation of religious teachings.

The SCEC operates both as a Free Syrian Army-run detention facility and a “rehabilitation” center. It is currently “treating” around 100 individuals who in one form or another have been indoctrinated into extremist ideology, Nasser added.

The center has tailored its curriculum and activities for three different kinds of former ISIS recruits: Syrian members who are not fighters and were not accused of violations against civilians, Syrian fighters involved in violence against civilians, and foreign militants, he said.

For each of these categories there are workshops and seminars in a different part of the center’s headquarters, which has been divided into three lecture halls. Among those receiving “treatment” are defecting ISIS members who surrendered to the FSA, militants who were arrested by the FSA and foreign fighters from the Middle East and Europe.

Nasser, and other members of local initiatives, said they had already run into difficulties, notably a lack of funding and experienced specialists and access to former ISIS areas.

The SCEC is funded “independently,” through donations by activists, the FSA and other local civil society groups, according to Nasser. It receives no foreign funding.

This financial gap has created significant challenges for the center, primarily the lack of experienced specialists. Lack of funds means the SCEC has to contend with hiring a limited number of specialists and “media professionals.” Nasser adds that more experienced specialists are needed, especially when dealing with hardened ISIS loyalists who have radical extremism ideology “planted in them.”

Limited financial support also meant that the center can only accept a limited number of people, Nasser said.

While SCEC focuses on known affiliates of ISIS, the activist-run Sound and Picture Organization focuses on civilians who lived under its rule and could be susceptible to the ideology.

Al-Kheder said that his group is largely focused on awareness campaigns targeting people who fled militant-held territory toward camps for internally displaced people (IDPs) near Raqqa and Deir Ezzor.

It has carried out one campaign targeting young men and women between the ages of 18-26, and another targeting younger children. During these sessions, activists work on “reminding these people of our social values and … the negative impact of extremism in everyday life,” al-Kheder said.

This is mainly done through workshops and seminars delivered in the camps.

Because its operations are largely ad hoc and sporadic, the Sound and Picture Organization can not determine their impact, but al-Kheder believes it has been limited – mainly because of who is in charge of liberated areas.

Former ISIS strongholds in northern Syria, such as the city of Raqqa, are now under the control of the United States-backed Syrian Democratic Forces.

The Kurdish-led force refuses the presence of organizations that do not fall under its jurisdiction, al-Kheder said, explaining that it has been challenging to access camps and population centers in areas under SDF control.

International assistance to areas liberated from ISIS mostly goes through the SDF, which leaves groups like his without any form of financial support.

It remains unclear whether foreign governments will fund local deradicalization efforts. But many, including France, the United Kingdom, Denmark, Indonesia and Saudi Arabia have already contributed significant financial and logistical support to similar programs within their own countries. Despite these efforts, little is known about their success rate. (In France, some deradicalization centers failed and closed down within a year.)

What is clear, however, is that ISIS and al-Qaida’s broad influence has made extremism a rampant problem that is likely to persist in Syria without concerted counter-extremism efforts extending beyond the current attempts by activists.

“We are trying our best. But without support, there is little we can do.” 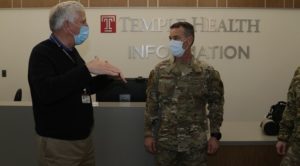 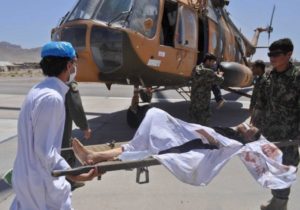 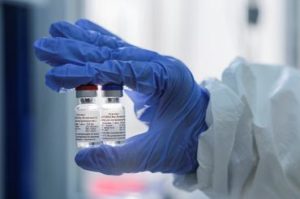