The head of the State Assembly’s committee on elections says it’s not up to election managers in the state to “get out the vote.”

State Rep. Janel Brandtjen, R-Menomonee Falls, on Wednesday blasted the plan from Milwaukee’s election director to open in-person early voting this year in nearly 30 places, including a barber shop and a coffee shop.

“It is the job of election officials to make sure the election is conducted securely, fairly, and within the limits of the law. It’s time for government officials to get out of the ‘get out the vote’ business,” Brandtjen told The Center Square. “That is the job of the individual campaigns.”

Many of the 27 new early voting sites are libraries or community centers, but the list also includes the Coffee Makes You Black, Gee’s Clippers barber shop, and Fiserv Forum where the Milwaukee Bucks play.

Woodall-Vogg said the plan is about “not just increasing the number of sites, but where can we reach people who otherwise face barriers to voting.”

Brandtjen said there is no need to take pop-up early voting into neighborhoods in Milwaukee.

“Citizens across Wisconsin have been casting their vote at a regular polling place since 1848,” Brandtjen added. 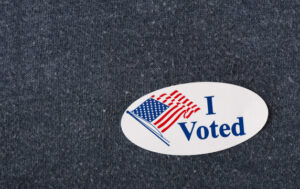