A partnership designed to leverage federal funding for Rhode Island is getting a significant investment, Gov. Dan McKee said.

The first-term Democratic governor said the Partnership for Rhode Island will invest $500,000 in Compete RI that is designed to help state agencies, municipalities, and nonprofit groups to compete for federal funding through the Bipartisan Infrastructure Law.

“With support from the Partnership for Rhode Island, Rhode Island is well positioned to compete for and hopefully receive more than its fair share of federal infrastructure grants from the Biden administration,” McKee said in a release. “I thank the CEOs for coming together to ensure that our state and municipalities have the tools and resources needed to successfully secure these grants, in turn creating even more jobs and spurring economic development across Rhode Island.”

According to the release, the Partnership for Rhode Island’s board has made investments of $250,000 to support the initiative and has already committed $250,000 for staffing and planning efforts to secure a major grant to launch the Blue Economy and Smart Bay initiative. The partnership has put in $1 million in hopes of putting the state in a better position to receive federal funding.

Compete RI is the state’s response to the White House asking states to create processes that are sound and transparent; and to seek partners to administer and coordinate efforts in seeking federal funding. The partnership is a nonprofit roundtable comprised of chief executive officers of Rhode Island companies.

According to the release, the initiative will spearhead a targeted educational campaign that will work to inform key stakeholders regarding opportunities that would be available and also to oversee the operations of the initiative. In doing so, agencies, local governments, and institutions will garner high-level professional and technical support to write grants that will ensure Rhode Island receives leverage.

The group has already had an impact on Rhode Island by playing a key role in supporting grant applications for the city of East Providence, Rhode Island Commerce Corp., and RI Waterfront Enterprise, who all submit proposals for reviving the northeastern edge of Narragansett Bay.

“East Providence has the opportunity to become a hub for the region’s growing offshore wind industry and with support from grants such as the Infrastructure Investment & Jobs Act, projects such as South Quay have the ability to bolster the city’s economy and boost job growth for decades to come,” East Providence Mayor Bob DaSilva said in the release. “East Providence is committed to our Compete RI partnership.”

According to the release, the South Quay Marine Terminal, a shovel-ready project, features multiple uses and has submitted for competitive grants through the legislation. The funding would redevelop East Providence while creating a hub for the offshore wind industry planned for coastal waters. 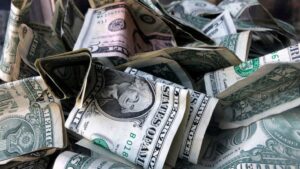