Gateway High School in Aurora will have a new management partner this year after receiving state approval Friday.

The 1,400-student school is now working with Colorado-based Zero Dropouts LLC on new systems, including ones to help students recover units as soon as they are failing parts of courses so they don’t fail and have to recover credits later. The effort is meant to help students before they fall off track toward graduation.

The group is replacing Communities in Schools, the previous partial manager, which had worked for the past two years helping Gateway establish teams that addressed student attendance, behavior, and social and emotional issues.

State and district officials Friday told the State Board of Education that the previous work was effective, but that the group decided to leave the school. In creating a new proposal to continue the work of the state order, Aurora leaders identified issues that resulted from pandemic disruptions that needed to be prioritized with a group for partial management. In partial management, which is the action the state ordered for the school, the company is given authority over parts of a school’s management, but not over all of it.

State board members had few questions and praised the plans. The process stood in contrast to the hearing a day earlier in which the Adams 14 school district, also seeking a new external manager, was reprimanded for failing to seek amendments to its state order before halting the work with its manager.

Aurora officials proactively proposed the plan for Gateway using partial external management in 2019, just ahead of when the state would have had to step in for lack of academic achievement.

Among the updates in the presentation Friday, officials said the school has managed to maintain relatively steady enrollment over the last three years. This year’s current enrollment is above projections. The school was also able to keep student attendance up during remote learning, though engagement was still a challenge. Additionally, officials said the school was seeing large declines in behavioral incidents and discipline needs before the pandemic forced students to learn from home.

But Aurora Superintendent Rico Munn told the state that Gateway leaders “built capacity much quicker than we anticipated,” which led to school and management group leaders “stepping on each other’s toes.”

When the pandemic forced work to be recreated virtually, identifying each partner’s role was even more of a challenge, and “there was some friction,” Munn said.

Communities in Schools told Aurora district leaders that they would not be continuing the work at Gateway this 2021-22 school year, despite Munn asking them to stay and rethink the work, he said.

So, Aurora let the state know that the group was planning to leave. The state sent in a review panel to assess school needs and make recommendations.

Then the district launched a request for proposals and picked Zero Dropouts from six proposals, after talking with school staff, students, and community leaders who helped identify what a partner should do.

The school will still have an emphasis on student attendance, behavior, and social emotional needs, but Munn said the district and school has better capacity to do that part of the work on its own. But, another issue is academic needs as high school students try to get back on track after a long period of remote work when more students may have failed classes.

“There’s a different need that we have for virtual learning and credit recovery that just didn’t exist in the same way before,” Munn said. “That is not necessarily an area of strength.”

In August, there was a new challenge as the principal unexpectedly resigned. The district tapped Carole Jennings, a district leader, to serve as interim principal. The district hired the Alma Advisory Group, the same firm that Denver Public Schools used to find a superintendent, to help them find a new Gateway principal.

The firm is conducting surveys and gathering input from staff and students and will provide finalists’ names and input to Munn later this year.

Zero Dropouts has worked for more than five years with high schools in Greeley, and has also done some work with Thompson schools to create a ninth grade academy. Helping students catch up before failing an entire class is relatively new work for the group.

But Zero Dropouts’ experience in credit recovery, including through online programs, and the group’s interest in building off some of the systems created by the previous manager, are what Aurora leaders said made this group the right partner.

“In talking with staff they are very excited about a proactive approach,” Jennings said.

The State Board voted unanimously to approve the district’s plan.

State Board chair Angelika Schroeder closed the hearing with a simple message. 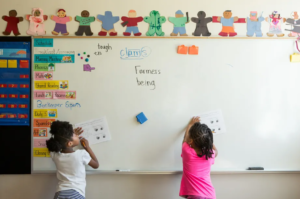 Three schools in Philadelphia temporarily close due to COVID cases 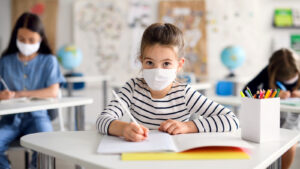 Biden has never been honest about the ‘Trump vaccines’