As of 1906 the global average air temperature has increased more the 1.6 degrees Fahrenheit.  This might not seem like a substantial increase, however as a result of this shift of almost two degrees; glaciers and sea ice are melting, precipitation patterns are beginning to shift, and sea levels are beginning to rise.

Within the past 110 years, Montana’s Glacier National Park has gone from having 150 glaciers to less than 30.  Sea levels have been rising by 0.13 inches a year and are expected to rise at a faster rate in the future.  The precipitation rate, on average, around the world is increasing while some areas of the earth are experiencing severe droughts.

As glaciers around the world continue to melt at an unprecedented rate, there will be less fresh water available on Earth with glaciers containing about three fourths of the world’s fresh water.  Ecosystems will have to adopt while many species become extinct.  Harmful diseases will begin to thrive such as mosquito-borne Malaria and the Zika virus.

The air temperature rising causing these negative effects on the Earth and all those that inhabit it.  The rise of temperatures can be traced back to humans trapping greenhouse gasses in the atmosphere.  As a result of this climate change the strength and intensity of tropical depressions, tropical storms, and hurricanes will increase.  So, what does this mean for our future?

The increase of sea levels has already been observed by higher storm surges and higher levels of rainfall being recorded during the most recent hurricanes, typhoons, and cyclones.  Storm surges are the rise of sea levels that can be increased by the wind and low pressure that hurricanes can bring.  The stronger the winds, the more water will be pushed on land succeeding the distance that it would normally reach. 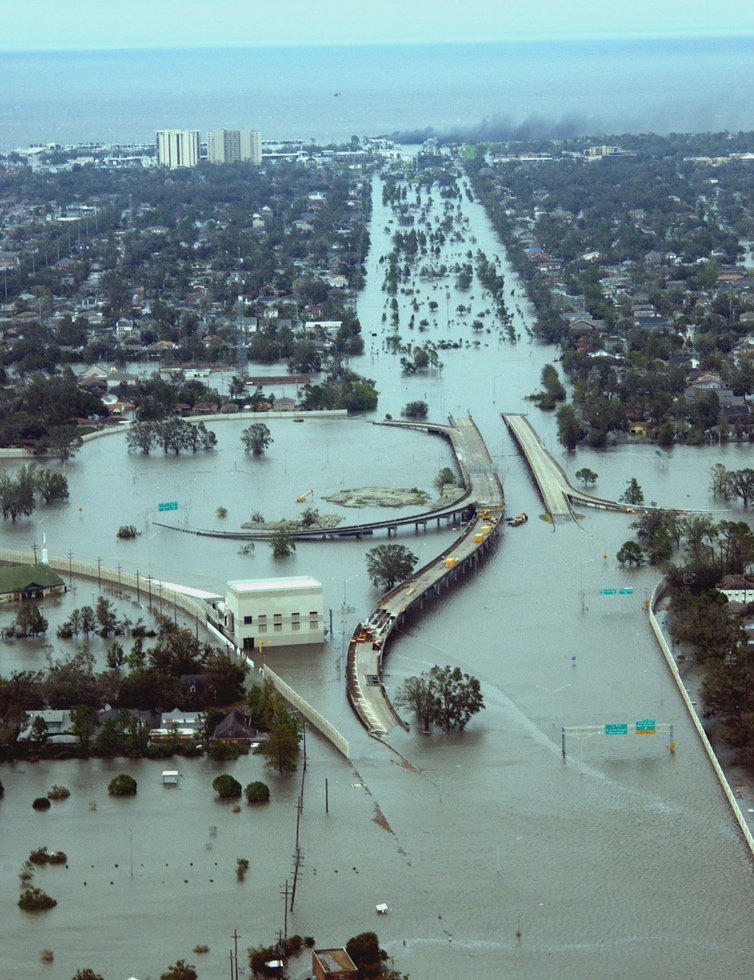 An increase in sea levels is the most dangerous attribute of a hurricane.  Storm surges is the number one leading cause of death during hurricanes and the surges are continuingly rising due to climate change.  According to The Center for Climate and Energy Solutions, it is projected that sea levels will rise a total of 1-4 feet by the year 2100.

During 2012’s Hurricane Sandy, the increased storm surge and sea level rise resulted in a combined $65 billion worth of damage in New Jersey, New York, and Connecticut.  Of the ten most financial costly hurricanes reported on record, four took place in 2017 and 2018 combined, with 2005’s Hurricane Katrina being the most financially catastrophic leaving behind a total of $168 billion worth of damage.  These damages are mostly caused by the increased storm surge causing sever, never seen before, coastal flooding.

While storm surges have caused an increase in hurricane, cyclone, and typhoon intensities, warmer sea surface temperatures have a large role in the formation process of these storms.  The warmer the water temperature the greater probability the storm contains of obtaining intense wind speeds.  The National Oceanic and Atmospheric Administration (NOAA) suggests that the warmer temperatures in the ocean increase the likelihood that a Hurricane will become a Category 4 or 5 storm.  According to the Saffir-Simpson Hurricane Wind Scale, the scale used to classify the category of a hurricane based on the storm’s sustained wind speed, a Category 4 hurricane sustains wind speeds of 130-156 mph, while a Category 5 hurricane sustains wind speeds of 157 mph or higher.

Due to climate change increasing the temperature of the ocean water, rapid intensification is taking place within hurricanes, cyclones, and typhoons globally.  According to the NOAA’s National Hurricane Center and Central Pacific Hurricane Center’s glossary, rapid intensification is an increase of at least 35mph winds within at least 24 hours.  In a 2017 paper, MIT’s Kerry Emanuel stated that, “the incidence of storms that intensify rapidly just before landfall increases substantially as a result of global warming.”  He goes on to explain that, “These results suggest that a storm that intensifies 70 mph in the 24 hours just before landfall, occurring on average once per century in the climate of the late twentieth century, may occur every 5-10 years by the end of this century.”

On top of heightened sea levels and increased wind speeds cause by global warming, the increasing amount of rainfall is the second deadliest aspect of hurricanes resulting in over a quarter of all deaths taken place during these storms.  The warmer the air temperature, the more moisture the air can contain which results in larger rates of precipitation.  According to the Clausius-Clapeyron equation which states that for every one degree Celsius, 1.8 degrees Fahrenheit, the atmosphere can hold 7% more moisture.  This allows for storms to intensify and grow.

During 2017’s Hurricane Harvey, which impacted South East Texas, 60 inches of rainfall was accumulated.  Researchers believe that a storm releasing that level of precipitation should happen only once ever 9,000 years.  The reason that so much rainfall took place during Hurricane Harvey is because the storm moved at an extremely slow rate, allowing for more levels of rainfall to accumulate in the same area.  When a hurricane moves slowly through an area there is also an increase of wind damage that occurs during the storm.  This pattern is similar to 2019’s Hurricane Dorian which lingered over the Bahamas for days and was the strongest hurricane on record to make landfall on the island.

Hurricane Maria made landfall in 2017 and cause almost 3,000 fatalities and was the deadliest hurricane since Hurricane Jeanne thirteen years earlier.  According to Yale Climate Connections a team investigating the high levels of rainfall that fell during Hurricane Maria determined that, “E]xtreme precipitation, like that of Hurricane Maria, has become much more likely in recent years and long‐term trends in atmospheric and sea surface temperature are both linked to increased precipitation in Puerto Rico.” 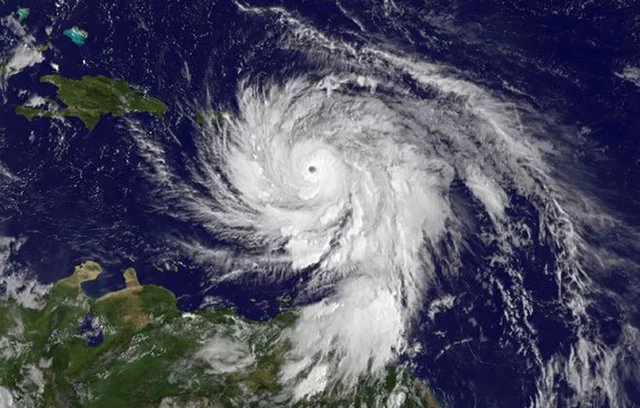 What this means for the rest of the 2020 Hurricane Season?

The peak of hurricane season takes place from late mid-August to late October.  By mid-August the United States has already seen 11 named hurricanes.  The most recent hurricane being Hurricane Kyle which formed off the east coast on Friday, August 14th is the most recently named storm.  On average, most 11th named storms do not form until November 23rd.  Within the 2020 hurricane season, the storms beginning with the letters C, E, F, G, H, I, J, and K, are the earliest storms to be named on record.

Currently there are two tropical waves being monitored with concerns of developing into tropical depressions, tropical storms, or hurricanes.  The first tropical wave is being called ‘Invest 97L.”  This storm contains an abundance of precipitation, however it has not been able to form a rotation around the center which limits the storm’s possibility of growth.

The second tropical wave being called “Invest 97W” was being repressed by a wind shear.  A wind shear is the change of wind speed and direction that takes place at different levels in the atmosphere and can either hinder and support the formation of hurricanes.  This storm has passed through the Saharan Air Layer which is a midlevel layer of dry air that limits the growth of the storm.  Ultimately the storm is expected to encounter the Bermuda High, which is a high-pressure barrier that usually pushes storms away.  However, it may push this storm to the Southeast United States and/or the Bahamas.  These two tropical waves are being carefully monitored with the hopes of them not growing large enough to be given “L” and “M” names.

Four out of the five most destructive hurricanes that have made landfall in the United States have taken place between mid-August and early September.  During these storms it is not uncommon for hospitals to be evacuated and for the cities to provide shelters for those evacuating their homes with nowhere else to go.  The impending question leading up to the peak of the 2020 hurricane season, is how will coastal cities respond to the future storms while also dealing with the current Coronavirus pandemic?