Please ensure Javascript is enabled for purposes of website accessibility Op-Ed: The cost of silence by the silent majority - Miami Eagle
Skip to content

The words ‘silent majority’ are very descriptive of what is happening with me.”

The term “silent majority” has been used for centuries, referring to those who won’t speak up for what they believe in.

In 1831, New York U.S. Rep. Churchill Cambreleng referred to those who refused to vote on a bill in Congress as “the silent majority.”

Responding to a ruling in 1902, Supreme Court Justice John Marshall Harlan said, “Great captains on both sides of our Civil War have passed on to the silent majority.”

In the 1919 presidential election, Bruce Barton wrote, “Calvin Coolidge always speaks up for the silent majority.”

In 1969, during a nationally televised speech, President Richard Nixon said, “To you, the great silent majority, my fellow Americans, I ask for your support.”

Nixon believed the middle class was refusing to speak up about the failed policies of President Lyndon Johnson out of fear for being criticized by the outspoken minority: the liberal media.

“If a leader isn’t controversial, that means he never stood for anything.”

Nixon was president during the Cold War. He knew the danger of censorship. The Soviet people lived in fear under communism. They dared not complain about shortages, poor housing or work conditions. If they spoke out against the government, they were severely punished or worse. Nothing was more restricting than watching every word said and pretending to believe untruths.

Among only trusted friends and family, did people dare to speak their mind. Even that was not safe since the youth was trained to report those who spoke up as traders. Of all aspects of totalitarian life, former residents of the tyrannical Eastern Bloc have mentioned, this was the hardest thing to explain to people who were born and raised in a democratic nation, especially one like America.

A recent study on American political attitudes revealed many people practice self-censorship. This includes sensitive topics such as racism, gay and lesbian issues, immigration, Islam and Muslims. A report by the Freedom Coalition found 44 percent of liberals agree there is pressure to speak a certain way on the same topics, and a stunning 67 percent of conservatives admit they refrain from stating sensitive opinions openly – around everyone?

“Silence is a fragile thing, one loud noise, and it’s gone.”

A report by More in Common, a group dedicated to understanding political polarization in the U.S., found 68 percent reported “it is acceptable to express what they think” about race, or Islam, only among “those like them.” On immigration, 73 percent felt that way. On gay and lesbian issues, the figure is 70 percent. Again there was a large discrepancy between liberals and conservatives who believed they could speak freely. Analysis surmised political correctness is a major problem plaguing American politics today.

A recent Cato study found one-third of Americans are silent out of fear it could cost them their jobs or friendships. More than 60 percent said today’s political climate kept them from expressing support of political causes. A total of 77 percent of Republicans claimed to practice self-censorship; 59 percent of independents and 50 percent of moderates did the same. Yet most every leftist admitted they hold nothing back speaking about their socio-political beliefs.

“Liberals know so many things that aren’t so.”

Free speech in America never has been denied by threat of death or punishment, such as in Russia. That’s why political scientists wonder why the left is so vocal on social and political issues, while so many conservatives remain silent? For the past decade, the cleavage between the left and the right defending their beliefs has grown exponentially for the left and has gone backward for the right.

Conservatives, and many independents, have strong convictions regarding abortion, terrorism, the separation of church and state, immigration, the environment, marriage, taxes, deficits, vouchers, gun control, health care, social security, education and media bias. Yet there is a growing number who’ve thrown in the towel and have become card carrying members of the silent majority. Why?

The Beacon Group, a political think tank, concluded much of this new “conservative coward-ness” is a result of the GOP’s failure to support Trump during the last election. Although he was the clear choice of conservatives and independents, the GOP did everything in its power to derail the Trump express. And most of his Congress did the same. By the time they realized Trump was real and a proven winner and had turned the country around, the GOP had destroyed its brand.

Since Trump took office, the left and liberal media have worked overtime criticizing every elected Republican. They’ve called them fascists, homophobes, criminals, dictators, racists and tyrants. And too few of their supporters have fought back. The socialist left makes media headlines everyday accusing Trump of high crimes against the U.S. They blame him for the worldwide pandemic, and the silent majority doesn’t make a peep to defend Trump.

“We will remember not the words of our enemies, but the silence of our friends.”

From the District of Columbia to Portland, Ore., we’re witnessing mob violence, looting, the burning of cities, destruction of landmarks, shootings and assaults on police, and few on the right are stepping up to this. Cities are defunding police departments, mobs are maiming and killing law abiding citizens, and the media doesn’t even report this. And the silent majority meekly complains to friends and on social media, hoping the violence will end if the socialist left wins every political office next election. Then they will complain only to each other as they lose liberty while socialism consumes America.

Much like Eastern Europe’s socialists and communists after World War II, the socialist left has a well oiled machine working 24/7 to infiltrate every institution in America and take total control of our republic. Every one of President Barack Obama’s former campaign offices is a command post with the ability to mobilize local leftist groups within hours after an event takes place. They have armies of protesters ready to do what they can do to disrupt any event they wish, and the silent majority does nothing but bellyache and cry the blues about it on social media.

“I may assume that your silence gives consent?”

The world underestimated Adolf Hitler in 1938. The French and the British believed they could appease Hitler. Czechoslovakia, Romania and Poland refused Soviet help to protect them, and President Franklin Roosevelt believed Hitler was no threat to America. Europe relied on Prime Minister Neville Chamberlain to appease Hitler by offering him Sudetenland. Yet a year later, these same countries and more were involved in the second Great War.

It’s been said, “All is fair in love, war and politics.” The left has proven this. And the right helped to poison the water in their well. The GOP doesn’t’ have the ability to turn this around on its own. Party leadership can’t win a race for dog catcher in south central Los Angeles. The only hope for GOP and America to maintain the values we hold dearly and continue to protect world liberty is for the silent majority to stand up and start doing what all good Americans must do now: speak out and fight back before we lose it all! For, “liberty once lost is lost forever.” And in politics, “silence is not golden” and the “meek shall not inherit anything.”

“Silence is the virtue of fools.” 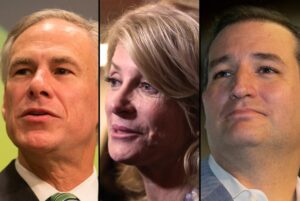