In our weekly news roundup: shortages and delays in coronavirus testing, a massive explosion in Beirut, and more.

For months, public health experts have said that widespread, rapid Covid-19 testing is essential for controlling the pandemic, which has now killed an estimated 160,100 people in the U.S., with around 1,000 new deaths per day.

But, even as the country has massively expanded its testing capacity, wait times for test results remain long, limiting the tests’ usefulness and hampering public health workers’ ability to track the pandemic. A new report, published Monday by a consortium of researchers at Northeastern University, Harvard, Rutgers, and Northwestern, found that 31 percent of people who took a nasal swab test in mid-July waited more than four days to get back their results, while 10 percent had to wait 10 or more days. Public health officials recommend a turnaround time of, at most, 48 hours.

“For Covid-19, peak asymptomatic contagiousness for many people may only be a week, which means a week-long delay would render a positive test nearly useless to prevent further transmission,” the researchers write, adding that “the turnaround time for Covid-19 test results can have a major impact on efforts to control the spread of the virus.”

In July, the team found, the average wait time was a bit more than four days — and virtually unchanged from April. Black and Hispanic people faced longer average delays than White people.

Testing issues have been a recurring feature of the pandemic response in the U.S. Early in the outbreak, tests from the Centers for Disease Control and Prevention failed to work, complicating initial efforts to limit the virus’ spread. Severe testing shortages rolled on through the spring and into the summer, and a White House attempt to develop a coordinated national testing program, led by President Donald J. Trump’s son-in-law, real estate heir Jared Kushner, failed to materialize.

While the president’s long-running claims that the U.S. only seems to have a coronavirus problem because it leads the world in testing (one does not follow the other), it is true that the U.S. has tested more people than any other country, and is currently testing around 700,000 people per day. Still, the expansion has highlighted the issues with delays, which are driven by shortages in critical equipment and chemicals. Experts have called for more rapid and accessible testing, including plans for at-home kits that have been compared to pregnancy tests.

In the meantime, in some hard hit areas, people are stuck waiting. One California doctor, for example, told The New York Times this week that his patients, who were getting results back in under 48 hours, are now having to wait a week or more.

In response to such concerns, on Tuesday, six states announced a new initiative, in partnership with the Rockefeller Foundation, to deploy millions of rapid-result antigen tests. “With severe shortages and delays in testing and the federal administration attempting to cut funding for testing,” Maryland Gov. Larry Hogan said in a statement, “the states are banding together to acquire millions of faster tests to help save lives and slow the spread of Covid-19.”

Also in the News:

• A massive explosion ripped through Beirut on Tuesday, killing at least 157 people in the Lebanese capital and injuring thousands more. While witnesses — both on the ground and those watching via video clips shared online — began speculating about the cause of the blast, officials soon announced that a major store of ammonium nitrate at the city’s port was to blame. More than 2,700 metric tons of the chemical, which is widely used in fertilizers and explosives, had been confiscated from a cargo ship bound for Mozambique in 2013. Despite numerous requests from Lebanese customs agents asking for its removal, the supply remained in a hangar until its devastating detonation this week. It’s still unclear what sparked the explosion, but chemists note that ammonium nitrate does not detonate on its own. The substance is an oxidizer, meaning it increases the amount of oxygen in a given space and can make other materials more flammable. According to a piece by Gabriel da Silva, a senior lecturer in Chemical Engineering at the University of Melbourne, published in The Conversation, the ammonium nitrate would “need to be contaminated with, or packaged in, some other combustible material.” A sustained fire in the area where the chemical was stored could then be enough to trigger an explosion. (National Geographic)

• As the world awaits the outcomes of the first phase III clinical trials for Covid-19 vaccines, a different class of coronavirus treatments is now being put to the test. Since the early days of the pandemic, researchers have been developing artificial proteins known as monoclonal antibodies to target the virus that causes Covid-19. Typically created by cloning naturally produced antibodies from humans or mice, monoclonal antibodies hold promise to serve as an early-stage — and perhaps even preventative — coronavirus treatment. Now, two companies, Eli Lilly and Regeneron, are testing the effectiveness of their antibody treatments in phase II and phase III trials. Experts are optimistic that the trials, which will target patients who are already sick or at high risk of exposure to the coronavirus, can deliver results by November or December — likely before the conclusion of ongoing vaccine trials. But even if the antibody treatments prove effective, their availability may be limited by the slow process required to manufacture them. Eli Lilly plans to produce 100,000 doses by the end of the year, whereas Regeneron plans to make between 70,000 and 300,000. (NBC News)

• The social media giant Facebook deliberately removed a post from President Trump for the first time this week, saying that it violated that platform’s standards for accurate information about Covid-19. The deleted post included a video in which Trump, arguing for rapid school reopenings, incorrectly asserted that children are “almost immune” to the novel coronavirus. Although studies suggest that children are less likely to become seriously ill, they not only can become infected and spread the virus, but can develop long-term neurological issues. Covid-19 can also be lethal to some children. YouTube also removed the clip, as did Twitter. Although the Trump campaign called such actions politically biased, the action fits with an increasing effort by social media platforms to curb the spread of medical misinformation. (Vox/Recode)

• On Wednesday, Blackstone Group, a Manhattan investment firm that manages more than $500 billion in assets, announced it would acquire a majority stake in the genealogy company Ancestry for $4.7 billion. The acquisition comes at a challenging time for companies that, like Ancestry, specialize in direct-to-consumer genetic testing. Earlier this year, Ancestry laid off 6 percent of its employees, while rival 23andMe was forced to let go 14 percent of its staff. “Fads pass,” Laura Hercher, director of human genetics research at Sarah Lawrence College, told STAT News. Direct-to-consumer genetic companies may also be facing a loss of trust from the public, amid reports about how the firms use and monetize private data. Still, in a statement, Ancestry CEO Margo Georgiadis said she was hopeful that the Blackstone deal will help revitalize the company by giving it the assets to invest in new areas, such as analyzing consumers’ genetic makeup to provide insight into preventative health measures. (STAT News)

• Dinosaurs were susceptible to the same bone cancer that afflicts some 26,000 people per year worldwide, according to a study published Monday in The Lancet Oncology. The research team, led by David Evans, a paleontologist at Canada’s Royal Ontario Museum and Mark Crowther, a pathology specialist at McMaster University, used several types of evidence to diagnose a large bump on a shin bone as osteosarcoma — a malignancy of immature bone cells. The tumorous fibula belonged to a Centrosaurus apertus, a plant-eating, single-horned dinosaur discovered in roughly 75 million-year-old rock in Alberta, Canada. Radiologists took high-powered scans of the bone to reveal its internal structure, while experts in pathology and oncology examined slices of the bone under a microscope to look for cell abnormalities. This isn’t the first time scientists have found evidence of cancer in prehistoric remains — tumors have been spotted in Tyrannosaurus rex bones and in those of an ancient turtle — but according to Evans this is the first time so many lines of evidence have indicated the presence of a malignant cancer in a now-fossilized bone. Paleontologists not involved with the research told Smithsonian Magazine that the finding could have implications for the evolutionary origins and history of cancer. (Smithsonian Magazine)

• And finally: The untimely death, due to Covid-19, of a beloved Arizona State University anthropology professor and Science Twitter celebrity — one identifying as both LGBTQ and Native American — sent waves of grief through social media this week. These were quickly followed by waves of anger and disbelief when ASU officials declared that no such person existed, and it was revealed that the anonymous Twitter personality posting under the handle @Sciencing_Bi, who had become a virtual friend and social justice hero to many academics online, was a fiction, sprung entirely from the mind of very real academic and neuroscientist, BethAnn McLaughlin, formerly of Vanderbilt University. McLaughlin is also a founder of the nonprofit MeTooSTEM, which provided an online forum where researchers and academics could share stories of sexual harassment and discrimination within the sciences. (The group fractured amid divisions over McLaughlin’s leadership style and charges of bullying that surfaced last year.) As news of the @Sciencing_Bi hoax spread, Twitter suspended both McLaughlin’s and the @Sciencing_Bi accounts. Shortly afterward, the story made its way to the pages of The New York Times, and McLaughlin was forced into an awkward admission: The Arizona anthropologist, who had often defended McLaughlin on Twitter amid her struggles with MeTooSTEM and her unsuccessful attempts to gain tenure at Vanderbilt, was a sock puppet. Though McLaughlin told The Times she was seeking mental health treatment, no other explanation for the hoax, which ran for some four years, was offered. Contemplating the ruse, one prominent scientist told The Times that Science Twitter is a welcoming place that gives marginalized academics a voice. “It sucks,” he said, “that BethAnn took advantage of that.” (Heavy, The New York Times)

This article was originally published on Undark. Read the original article. 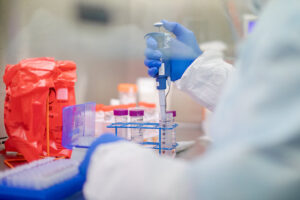 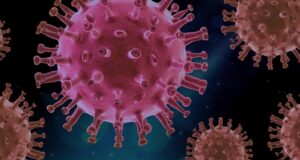 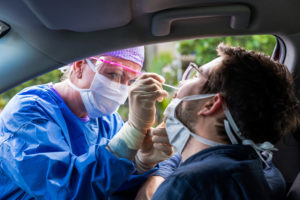