Countries all over the world have seen the effects of the coronavirus’ second surge.  These countries are quickly trying to stop the spread for the second time; most of whom have re-established restrictions enforced during the beginning of 2020.  Some nations have been more successful than others at slowing the second wave.  Read below to learn the rules and regulations that numerous governments are enforcing in their countries to stop the second wave from continuing to spread.  All amounts of coronavirus cases and deaths are as of October 14th at 11:45am EST.

The United States of America

Within the week of October 5th to October 12th, there was an increase in the weekly amount of coronavirus cases recorded in 36 states; resulting in 50,000 new daily cases.  This enormous number is still not as detrimental as the number of daily cases in July averaging at 66,000.

Of these 36 states, 16 of them recorded their highest weekly number of cases that week compared to any other week throughout the pandemic. The states with the most confirmed cases are primarily located in the northern and central Midwest.

Of the United States’ top 20 metro areas with the highest rates of recent coronavirus cases, 10 of those areas are located in Wisconsin.  The state of Wisconsin is preparing an emergency field hospital at the state fairgrounds.  Wisconsin governor, Tony Evers, wrote in a letter to legislative leaders, “While we are hopeful we can flatten the curve enough to never have to use the facility, Wisconsinites across our state are struggling and they are rightfully scared of this virus.”  The governor wrote the letter to the legislative leaders in search of their support of his mandating masks and limiting public gatherings restrictions.

On Tuesday, October 13th there were 820 coronavirus deaths and 54,500 new cases in the United States.  Of these cases, Idaho and Wisconsin recorded their highest number of daily cases throughout the entirety of the coronavirus pandemic.

The United States’ updated rates of coronavirus cases and deaths. 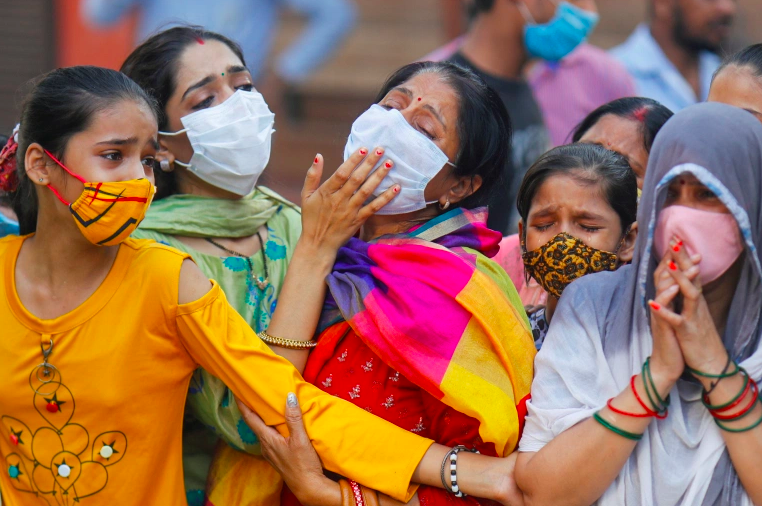 Behind America, India maintains the second highest number of confirmed coronavirus cases.  With the most cases in Asia, India with a population of 1.353 billion residents (recorded in 2018) reported a totally of 7,175,880 confirmed cases.  Even with the second highest number of confirmed cases in the world, India has maintained a relatively low death rate with a total of 109,150 deaths.  As a result India maintains a COVID-19 death rate of 8.1 with signs of the number of deaths beginning to decrease.

Israel is under a new national lockdown preceding a record breaking number of daily cases in the country.  The lockdown was set to be reviewed on October 14th and is expected to be gradually lifted over a period of time. 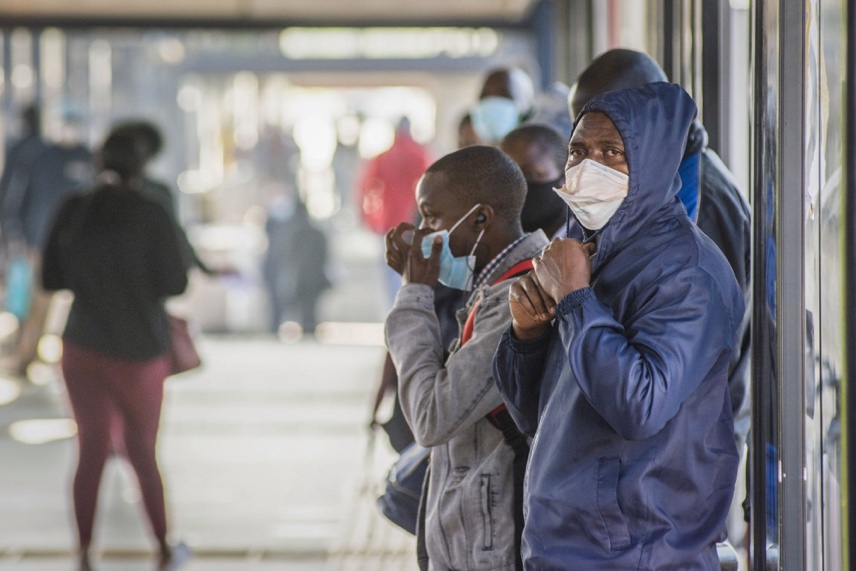 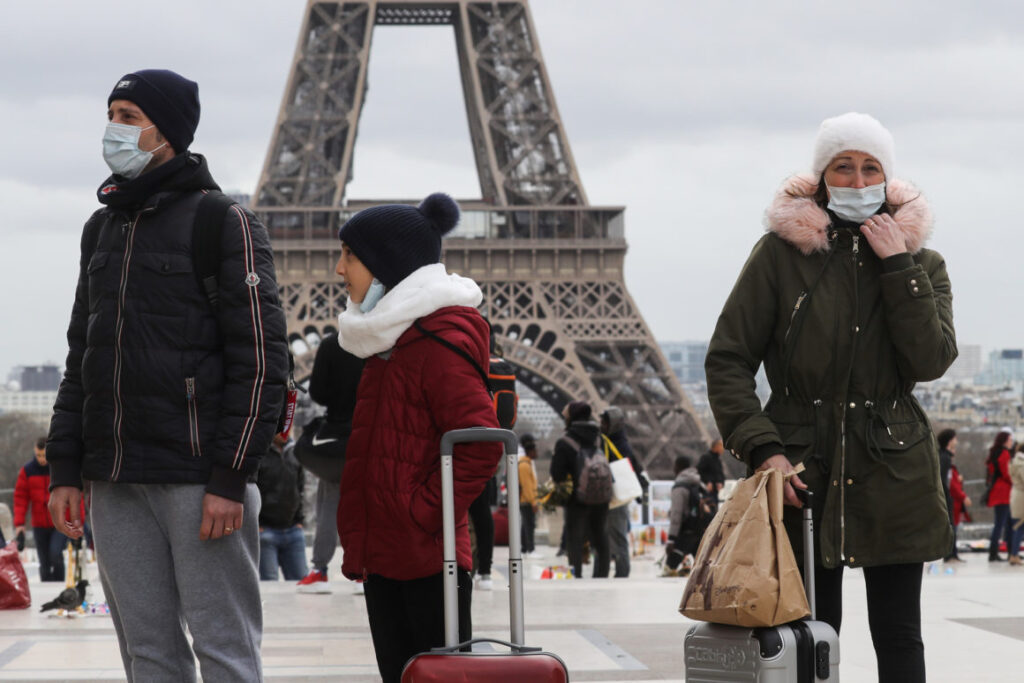 France has established a maximum capacity on the public gatherings to a total of 10 people.  Wedding receptions and other organized gatherings have been banned until further notice.  Facemasks have been made mandatory, whether inside or outside, for children over the age of 10 in Paris and other neighboring areas.  Different regions of France have also begun enforcing their own rules.

Starting on October 14th at 10:00pm new restrictions have been emplaced throughout the Netherlands to prevent the spread of COVID-19.  The country had recently seen the highest number of confirmed positive cases since the start of the pandemic.

The Netherlands will be undergoing the following restrictions starting October 14th for a minimum of four weeks:

The Dutch government is encouraging their citizens to continue to obey the facemask and social distancing regulations that have been emplaced.  However, schools, gyms, pools, and saunas remain open for children under 18 to continue competing and training in amateur sports.

The Netherlands’ updated rates of coronavirus cases and deaths. 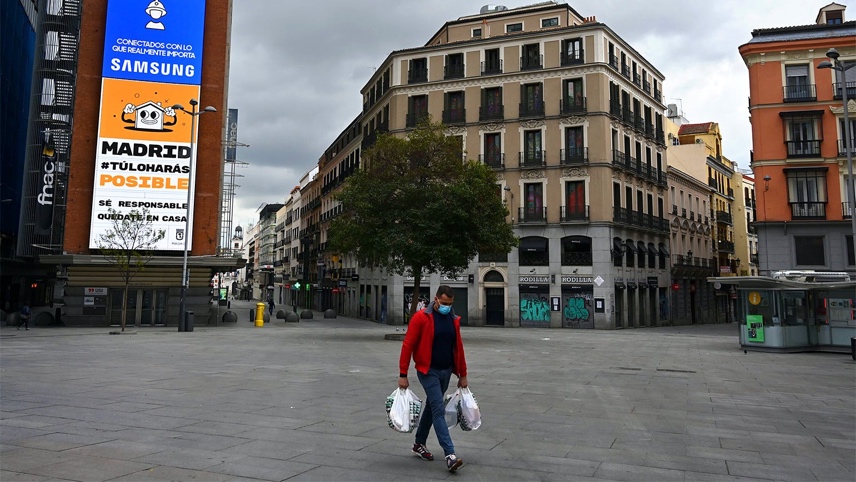 On Friday, October 9th, Madrid, Spain declared a 15-day long state of emergency.  The city officials challenged the government stating that the shutdown is unjustified because the number of coronavirus cases is decreasing.  The shutdown is being enforced by 7,000 police officers.

About 5 million people living inside, as well as outside, of Madrid are affected by the shutdown.  The state of emergency consists of restrictions such as:

Many other countries in Europe are beginning to enforce greater restrictions on their citizens in an attempt to slow the spread of the coronavirus’ second wave.  Some of these countries consist of Germany, Italy, Denmark, Belgium, Portugal, Greece, the Republic of Ireland, etc.

Unlike almost all of the other countries in Europe, Sweden has not enforced strict lockdown rules.  All of the stores, restaurants, bars, and gyms have remained open.  The citizens of Sweden have voluntarily respected the social distancing rules and working from home as much as possible.  The country has banned gatherings over 50 people, however the government has decided to leave businesses open and to not enforce the need to wear a mask.

The Republic of Ireland’s updated rates of coronavirus cases and deaths.