Atomic bombs hastened the end of World War II. But they launched another kind of war, a cold one, that threatened the entire planet with nuclear annihilation. So it’s understandable that on the 75th anniversary of the atomic bomb explosion that devastated Hiroshima (August 6, 1945), reflections tend to emphasize the geopolitical dramas during the decades that followed.

But it’s also worth reflecting on the scientific story of how the bombs came to be.

It’s not easy to pinpoint that story’s beginning. Nuclear fission — the source of the bomb’s energy — was discovered in 1938, less than seven years before Hiroshima. But the science behind nuclear energy originated decades earlier. You could say 1905, when Einstein revealed to the world that E = mc2. Or perhaps it’s better to begin with Henri Becquerel’s discovery of radioactivity in 1896. Radioactivity revealed a new sort of energy, of vast quantity, hidden within the most minuscule components of matter — the parts that made up atoms.

In any case, once science began to comprehend the subatomic world, no force could stop the eventual revelation of the atom’s power.

But the path from basic science to the bomb was not straightforward. There was no clear clue to how subatomic energy could be tapped for any significant use, military or otherwise. Writing in Science News Bulletin (the original Science News precursor) in 1921, physicist Robert Millikan noted that a gram of radium, in the process of disintegrating into lead, emits 300,000 times as much energy as burning a gram of coal. That wasn’t scary, Millikan said, because there wasn’t even enough radium in the world to make very much popcorn. But, he warned, “it is almost a foregone conclusion that similar stores of energy are also possessed by the atoms which … are not radioactive.”

In 1923 editor Edwin Slosson of Science News-Letter (the immediate precursor to Science News) also remarked that “all the elements have similar stores of energy if we only know how to release it.” But so far, he acknowledged, “scientists have not been able to unlock the atomic energy except by the employment of greater energy from another source.”

By then, physicists realized that the atom’s wealth of energy was stored in a nucleus — discovered by Ernest Rutherford in 1911. But accessing nuclear energy for practical use seemed unfeasible — at least to Rutherford, who in 1933 said that anyone planning to exploit nuclear energy was “talking moonshine.” But just the year before, the tool for releasing nuclear power had been discovered by James Chadwick, in the form of the subatomic particle known as the neutron.

Having no electric charge, the neutron was the ideal bullet to shoot into an atom, able to penetrate the nucleus and destabilize it. Such experiments in Italy by Enrico Fermi in the 1930s did actually induce fission in uranium. But Fermi thought he had created new, heavier chemical elements. He had no idea that the uranium nucleus had split. He concluded that he had produced a new element, number 93, heavier than uranium (element 92).

Not everyone agreed. Ida Noddack, a German chemist-physicist, argued that the evidence was inconclusive, and Fermi might have produced lighter elements, fragments of the uranium nucleus. But she was defying the prevailing wisdom. As the German chemist Otto Hahn wrote years later, the idea of breaking a uranium nucleus into smaller pieces was “wholly incompatible with the laws of atomic physics. To split heavy atomic nuclei into lighter ones was then considered impossible.”

Nevertheless Hahn and Lise Meitner, an Austrian physicist, continued bombarding uranium with neutrons, producing what they too believed to be new elements. Soon Meitner had to flee Germany for Sweden to avoid Nazi persecution of Jews. Hahn continued the work with chemist Fritz Strassmann; in December 1938 they found that an element they thought was radium could not be chemically distinguished from barium — apparently because it was barium. Hahn and Strassmann couldn’t explain how that could be.

Hahn wrote of this result to Meitner, who discussed it with her nephew Otto Frisch, a physicist studying at Niels Bohr’s institute in Copenhagen. Meitner and Frisch figured out what happened — the neutron had induced the uranium nucleus to split. Barium was one of the leftover chunks. Frisch told Bohr, about to board a ship to America, who realized instantly that fission confirmed his belief that an atomic nucleus behaved analogously to a drop of liquid. Upon arrival in the United States, Bohr began collaborating with John Archibald Wheeler at Princeton to explain the fission process. They quickly found that fission occurred much more readily in uranium-235, the rare form, than in the more common uranium-238. And their analysis revealed that an as yet undiscovered element, number 94, would also be especially efficient at fissioning. Their paper appeared on September 1, 1939, the day Germany invaded Poland to begin World War II.

Between Bohr’s arrival in Amer­ica in January 1939 and the publication of his paper with Wheeler, news of fission’s reality spread, stunning physicists and chemists around the world. At the end of January, for instance, word of fission reached Berkeley, where the leading physicist was J. Robert Oppenheimer, who eventually became the scientist that led the Manhattan Project to build the bomb.

Among the attendees at the Berkeley seminar introducing fission was Glenn Seaborg, a young chemistry in­structor (who in 1941 discovered the unknown element 94 predicted by Bohr and Wheeler, naming it plutonium). Seaborg recalled that at first Oppenheimer didn’t believe fission happened. But, “after a few minutes he decided it was possible,” Seaborg said in a 1997 interview. “It just caught every­body by surprise.”

After the initial surprise, physicists quickly established that fission was the key to unlocking the atom’s energy storehouse. “Lots of people verified that indeed when ura­nium is bombarded by neutrons, slow neutrons in particular, a process occurs which releases tremen­dous amounts of energy,” physicist Hans Bethe said in a 1997 interview. Soon the implications for warfare occupied everybody’s attention.

“The threat of war was getting closer and closer,” Wheeler said in an interview in 1985. “It was impossible not to think about what this business (fission) could mean in the event of war.” In early 1939, physicists meeting to discuss fission concurred that a fission bomb was thinkable. “Everybody agreed that it was perfectly pos­sible to make a nuclear explosive,” Bethe remembered.

Concerns that Germany might develop a nuclear bomb prompted Albert Einstein’s famous letter to President Franklin Roosevelt, sent in August 1939, that eventually led to the Manhattan Project. It became clear that building a fission bomb would require generating a “chain reaction” — the fission process itself would need to release neutrons capable of inducing further fission. In December 1942, Fermi led the team at the University of Chicago that demonstrated a sustained chain reaction, after which work on the bomb proceeded in Los Alamos, N.M., under Oppenheimer’s direction.

At first some physicists thought a bomb could not be developed rapidly enough to be relevant to the war. Bethe, for instance, preferred to work on radar.

“I had considered the whole enterprise a boon­doggle,” he said. “I thought this had nothing to do with the war.” But by April 1943 Oppenheimer succeeded in recruiting Bethe to Los Alamos. By that time the science was in place, and the path to designing and building a bomb was straightforward. “All we had to do was to find out that there were no unforeseen difficulties,” Bethe said.

Ultimately the prototype was exploded at Alamogordo in July 1945, about three weeks before the bomb’s use against Japan.

It was a weapon more horrifying than anything humankind had ever encountered or imagined. And science was responsible. But only because science succeeded in understanding nature more deeply than before. Nobody knew at first where that understanding would lead.

There was absolutely no way to foresee that the discovery of radioactivity, or the atomic nucleus, or even the neutron would eventually enable the construction of a weapon of mass destruction. Yet once it was known that a bomb was possible, it was inevitable.

After Germany’s surrender in World War II, the Allies detained several top German scientists, including Werner Heisenberg, leader of the Nazi bomb project, and eavesdropped on their conversations. It was clear that the Germans failed to build a bomb because they did not think it was practically possible. But after hearing of the bombing of Hiroshima, Heisenberg was quickly able to figure out how the bomb had, in fact, been feasible. Once scientists know for sure something is possible, it’s a lot easier to do it.

In the case of the atomic bomb, basic research seeking nature’s secrets initiated a chain reaction of new knowledge, impossible to control. So the mushroom cloud that resulted symbolizes one of science’s most disturbing successes. 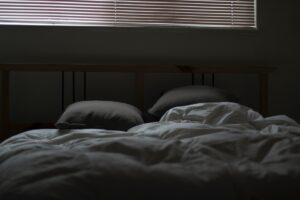 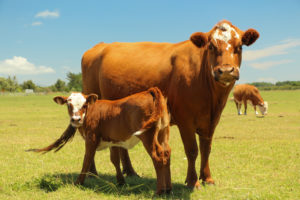 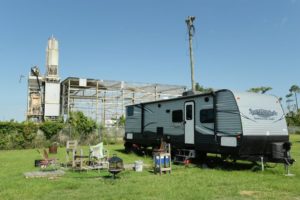