President Joe Biden took to the airwaves last week to present himself as a hero in the fight against COVID-19. In a new high for political irony, his plan is to force employers to coerce their employees to take the vaccines developed under the Trump administration – the same vaccines he railed against as unsafe less than a year ago.

Let’s take a step back. The reality of any viral pandemic is that it continues until the population acquires a sufficient level of herd immunity, whether naturally or through vaccination. Until that happens, the best the government can do is mitigate the consequences of the disease while developing a vaccine as quickly as possible.

That was essentially President Donald Trump’s plan for dealing with COVID-19. His administration shut down travel from China in the pandemic’s early days, and then focused on gathering information about the disease, funding and distributing therapeutics and supplies, and accelerating the development of a vaccine through Operation Warp Speed.

That effort has paid handsome dividends – it’s the one real success of the pandemic response effort. About 75% of eligible Americans have had at least one dose of the vaccine, and while the delta variant is still spreading in parts of the country, the vaccines have prevented most of the serious illness and death that otherwise would have occurred. Thank you, Donald Trump.

But during the 2020 election campaign, candidate Biden promised voters that he would do better than Trump. He claimed that he had a “national strategy” to end the COVID threat. In a campaign speech last October, Biden stated that if he had “the honor of being elected your next president” he’d “immediately put in place a national strategy” to “position our country to finally get ahead of this virus and get back our lives.”

In turns out that there was no such “better than Trump” strategy. Biden has done little that Trump was not already doing. The president’s current mandate strategy is a backhanded acknowledgment that the Operation Warp Speed vaccines are the only truly effective weapon against the disease. Biden has one arrow in his quiver – and Trump put it there. Biden’s problem has been that vaccines don’t work unless people take them, and his efforts at persuasion – his primary responsibility – have been less than stellar.

That should come as no surprise. During the campaign, Biden did all he could to ensure that people would not trust what Democrats called the “Trump vaccines.” Biden openly expressed concern that a vaccine would be moved “quicker than the scientists think it should be moved” and that there was “enormous pressure” on the CDC and the FDA to approve it. Even left-leaning PolitiFact has acknowledged that Biden raised “doubts about Trump’s trustworthiness, his ability to roll out the vaccines safely and the risk of political influence over vaccine development.”

Perhaps Biden supporters believed him. The media often characterizes vaccine resisters as Trump supporters, but African Americans (87% of whom voted for Biden) and Hispanics (66% for Biden) are more likely to be unvaccinated than any other racial or ethnic groups, according to the CDC.

Individuals reluctant to be vaccinated will get little comfort from the government’s actions since Biden’s election. While the FDA fully approved the Pfizer vaccine in August, the Moderna and Johnson & Johnson vaccines still have only “emergency use authorization.” Even the Pfizer vaccine has only “emergency use authorization” for children between the ages of 12 and 15.

Yet, Biden is ready to mandate vaccinations. Why? Well, his poll numbers have been cratering because of the Afghanistan debacle, the growing inflation his economic policies have caused, and the border crisis – created solely by Biden’s determination to reverse Trump’s immigration strategy. So, now we get the long-awaited Biden “national strategy” to aggressively combat COVID. Again, ironically, it is to coerce private employers into forcing their employees to take the very vaccines whose safety Biden questioned because – well, Trump.

Beyond that irony, the vaccine mandate is an unprecedented exercise of presidential power and faces obvious constitutional hurdles in the courts. Biden’s team knows that the president lacks authority to mandate vaccinations (as he lacked authority to extend the eviction moratorium). But the point of the mandate isn’t really to fight COVID, anyway: It’s to divert attention from the administration’s cascading failures.

Personally, I’ve had my shots and I’ve never questioned whether the vaccines are safe. But I understand the reluctance of people at low risk or who have had COVID already and thus possess some degree of natural immunity. It’s wrong to belittle their concerns, it’s wrong to force them to choose between their jobs and their right to make decisions about their own health, and it’s wrong to coerce private employers into doing the government’s dirty work.

If Joe Biden wants more Americans to trust him, he must act in a trustworthy fashion. He’s never done so when it comes to vaccines. He made them a political football last year, and he’s doing the same thing now – irony be damned. 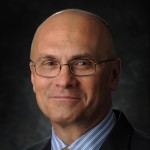