Other prolonged refugee crises, such as in Syria, show that short-term aid is only one piece of the puzzle, writes Mercy Corps’ Provash Budden. Now is the time to ensure Venezuela turns out differently.

The geopolitical face-off around Venezuela and growing unrest inside the country continue to command the world’s attention. Yet this is only the latest chapter in the upheaval of a country in serious tumult. And it foreshadows a continued exodus of Venezuelans and the deepening of a regional humanitarian crisis.

It would be naive to think Venezuela will soon stabilize and that people will return and resume their normal lives. After recent efforts to get U.S. aid into Venezuela largely failed, U.S. vice president Mike Pence met with Lima Group members in Bogota this week to discuss escalating pressure against Nicolas Maduro, Venezuela’s president, including new sanctions. The likelihood of more forceful international intervention at this point is anyone’s guess. But even if new elections are called or new humanitarian assistance flows into the country, more Venezuelans will continue to arrive in neighboring countries with little more than the clothes on their backs, and meeting their basic needs will be critically important.

Beyond short-term aid, regional governments working alongside international organizations, the private sector and civil-society groups must start putting in place long-term solutions for Venezuelans who may never return home, and for the neighboring countries that will host them for years to come.

Venezuela has already seen some 3 million of its citizens flee amid the extreme political and economic turbulence of recent years. Four out of every 10 people still in Venezuela want to leave. The United Nations estimates there will be a total of 5.3 million Venezuelan refugees and migrants by the end of this year, rivaling the scale of the Syrian refugee crisis and stretching the capacity of Venezuela’s neighbors to their limits. The government of Colombia predicts that by 2021 it may host 4 million Venezuelans, and it would take $9 billion to support them.

Countries absorbing the largest numbers of Venezuelans – primarily Colombia, Chile, Ecuador and Peru – have been commended for showing compassion to the Venezuelan people. Local and international organizations are working alongside municipal and national governments and individual citizens to provide temporary shelter, food, water and other basic services to Venezuelans. My organization, Mercy Corps, is providing assistance to more than 10,000 people in Colombia, near the Colombia/Venezuela border and in western areas of Colombia where Venezuelans have migrated.

But it’s not enough.

As we’ve seen in other prolonged refugee crises – think Syria – short-term aid is only one piece of the puzzle. Nearly eight years after the Syria crisis began, there are valuable lessons that can be applied in Latin America, particularly when it comes to the need for longer-term investment upfront, alongside more traditional humanitarian assistance.

Take, for example, water in Jordan. Problems with aging water infrastructure were compounded by an influx of Syrian refugees not accustomed to water conservation. In 2013, $920 million in aid entered the country. One-tenth was earmarked for water, sanitation and hygiene, yet the government anticipated needing at least $750 million over three years for water projects alone. A lack of alignment between Jordan’s needs and international aid, coupled with the fact that, at the time, Jordan’s debt was more than $1.3 billion, rendered the country unable to pay for such projects on its own. Aligning the right level of investment in longer-term projects, infrastructure or otherwise, will be critical to the successful integration of Venezuelan refugees in host communities, and to ensuring countries can absorb this new population.

An important foundation for implementing long-term solutions is to establish a uniform means for countries to grant legal status to Venezuelans, offering authorities a true picture of the number of refugees and their needs while permitting them to work and access services such as healthcare and education. Because legal status varies widely from country to country, confusion often results. When Peru changed its migration policy last August, there was a rush of Venezuelans trying to beat a deadline at the border. Now Ecuador has tightened its documentation rules. This March, regional leaders will meet for the third time in Ecuador. The first agenda item should be an agreement that creates a consistent framework for legal stays across the region, with clear document requirements for Venezuelans.

The next critical challenge is employment. When we speak with Venezuelans in Colombia, they tell us that the number one thing they need is a job. “We did not come here to be parasites,” a Venezuelan woman in Riohacha, a coastal city in northern Colombia about 55 miles (90km) from the Venezuelan border hosting more than 20,000 Venezuelans, told us. “All we want is to be given the same rights and protections as Colombians. We want to work, but with dignity.”

Private-sector investors, multilateral banks and others must test innovative solutions to catalyze income-generating opportunities for these new, often highly skilled residents and their neighbors. Seed capital for micro-entrepreneurs can jumpstart opportunities within refugee communities and more broadly in the Colombian economy.

Mercy Corps Ventures, our impact investment arm, is pursuing investments in Latin American job-matching startups with a record of working with migrants. These platforms can validate the skills and work history of potential employees and then connect them directly to a relevant short-term gig or formal job. For example, the tech company LEVEE, a Mercy Corps Ventures investment, is using its algorithms and artificial intelligence to map Venezuelan migrants arriving in Brazil and match their profiles to open positions with major employers. LEVEE expects to place 1,000 Venezuelan workers in the first months of 2019.

In addition to job placement, primarily in the retail and food industries, these platforms also provide other crucial benefits, like access to finance, training and certification. Beyond financing for innovative solutions such as LEVEE, companies in these countries should also look to employ qualified Venezuelans whenever possible. LEVEE partner Carlos Wizard Martins, who owns the group that controls KFC, Taco Bell and Pizza Hut in Brazil, has committed to hiring more than 200 migrants. Others should follow his lead.

Such solutions won’t be easy to implement. But if we recognize that this isn’t a short-term crisis, we can start seeking out solutions that turn a crisis into an opportunity. Regardless of the outcome of the current political crisis, the U.S., the U.N. and other regional leaders must act now to tackle the largest refugee crisis in the Western Hemisphere before it grows even worse.

The views expressed in this article belong to the author and do not necessarily reflect the editorial policy of Refugees Deeply.

This article originally appeared on Refugees Deeply. You can find the original here. For important news about the global migration crisis, you can sign up to the Refugees email list. 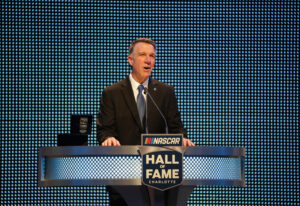 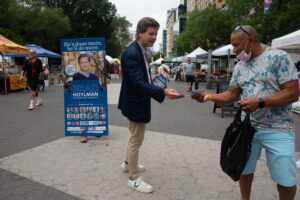 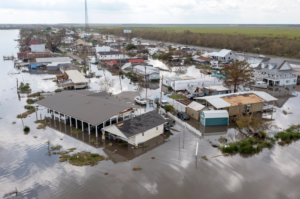 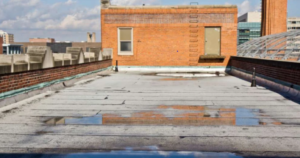