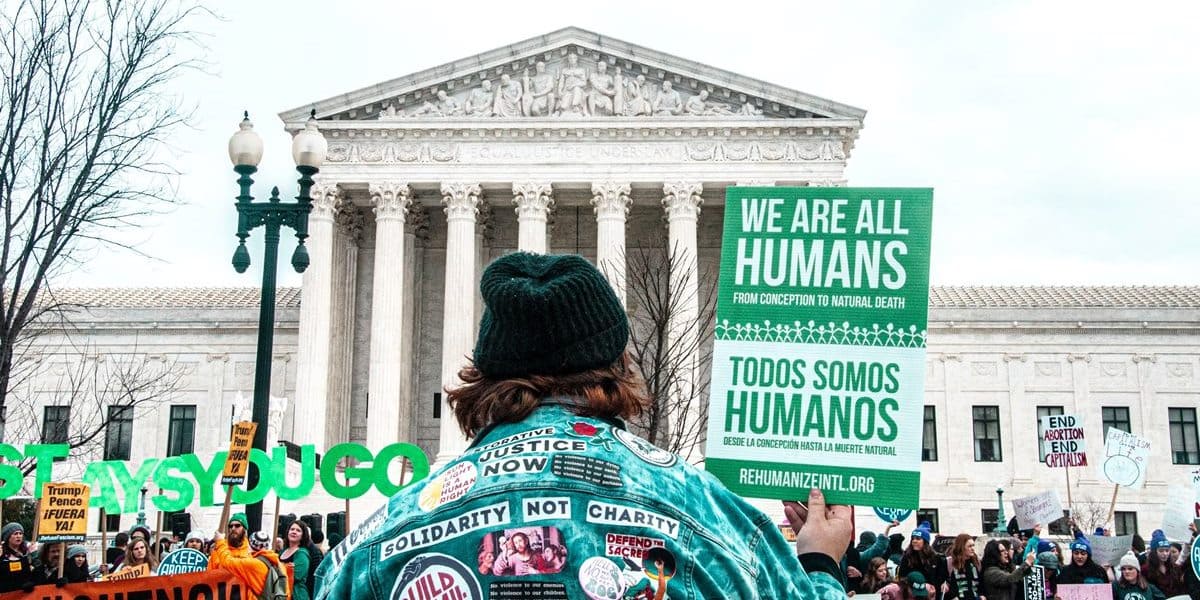 Activists protesting in front of the Supreme Court.

When the Supreme Court handed down its ruling striking down a Louisiana law that would have limited abortion access in that state, progressives celebrated. Their reasoning on June 29 was simple: By joining the court’s liberal justices, Chief Justice John Roberts had proven his commitment to the principle of precedent.

But the court had also sent several cases – all big wins for abortion rights – back to lower courts for reconsideration.

Those moves, and a closer look at the decision in the Louisiana case, called June Medical v. Russo, made it far less clear who won. In my recent book “Abortion and the Law in America: Roe v. Wade to the Present,” I explore the history of the incremental attack on abortion that June Medical has supercharged. People who object to the landmark 1973 Roe ruling legalizing abortion have long planned to deal the decision a death of a thousand cuts, and June Medical makes that much easier.

There is no shortage of abortion cases that might well land at the Supreme Court next – at least 16 are already in the pipeline. Let’s start with the ones that the court just sent back for reconsideration. The 7th Circuit Court of Appeals now has to take a second look at its decisions striking down two restrictions in Indiana.

One required abortion providers to show a pregnant woman her ultrasound, let her listen to her fetus’s heartbeat and then wait 18 hours before having an abortion – unless the patient refused in writing.

The second state law beefed up the restrictions that applied to minors, requiring a judge to notify a young woman’s parents even when a court had already found that abortion would be in her best interests – or that she was mature enough to make her own decision. 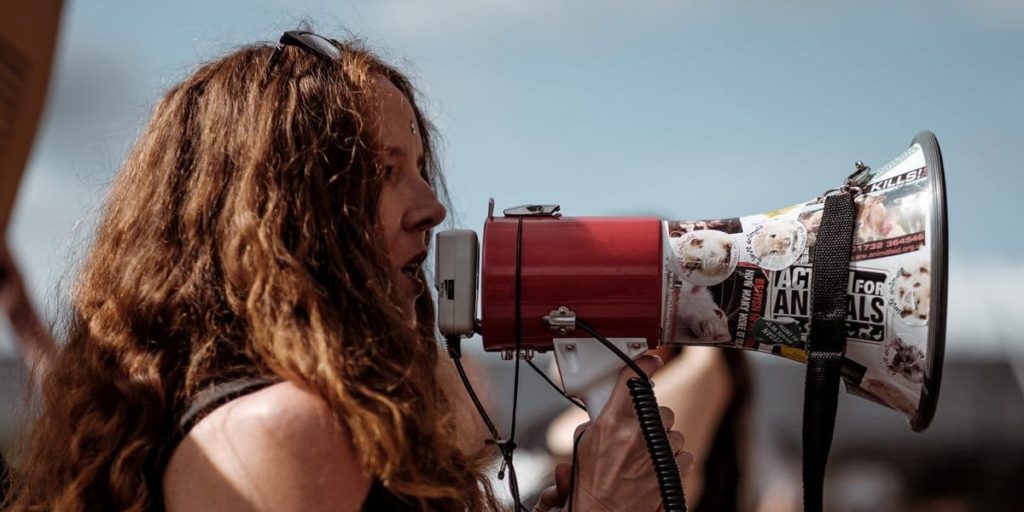 Telling the lower court to look again at the case and reach a better result usually means the court was wrong – signaling that the regulations are likely constitutional. It also indicates that Chief Justice Roberts actually relaxed the rules governing abortion restrictions and just made it much easier for states to pass them. But the Indiana cases are not the only ones likely to land at the Supreme Court.

The aftermath of June Medical

Since the court’s 1992 ruling in Planned Parenthood v. Casey, the ultimate question in abortion cases is whether any particular law unduly burdens a woman’s right to abortion.

Before this most recent decision in June Medical, courts answering that question had to balance the costs and benefits of abortion restrictions. That meant that useless laws often failed challenges in court. In 2016, for example, the court struck down a law requiring abortion clinics to meet the standards set for ambulatory surgical centers.

A Supreme Court majority saw no point to the law. After all, many early abortions required a woman to take pills, not have surgery. And even when a woman did suffer complications after an abortion, that usually happened much later, and well after she had left a clinic. The decision told legislators who wanted to restrict abortion they needed to prove that their laws served a useful purpose.

Roberts changed all that in June Medical. Now, the court will no longer consider whether a law has any benefit. And Roberts seems to have a very different – and much narrower – idea about what a burden is.

That may well mean that it will be harder for women to prove that an abortion restriction – rather than some other force – caused an abortion clinic to close and thereby caused an undue burden. It may mean that the court no longer cares if a woman has to travel hundreds of miles or leave the state to get an abortion, or if she receives a lower quality of care as the result of an existing law. Roberts has seemed skeptical that these burdens cross the line. As the court’s new swing justice, his opinion on the matter will be the one that counts. 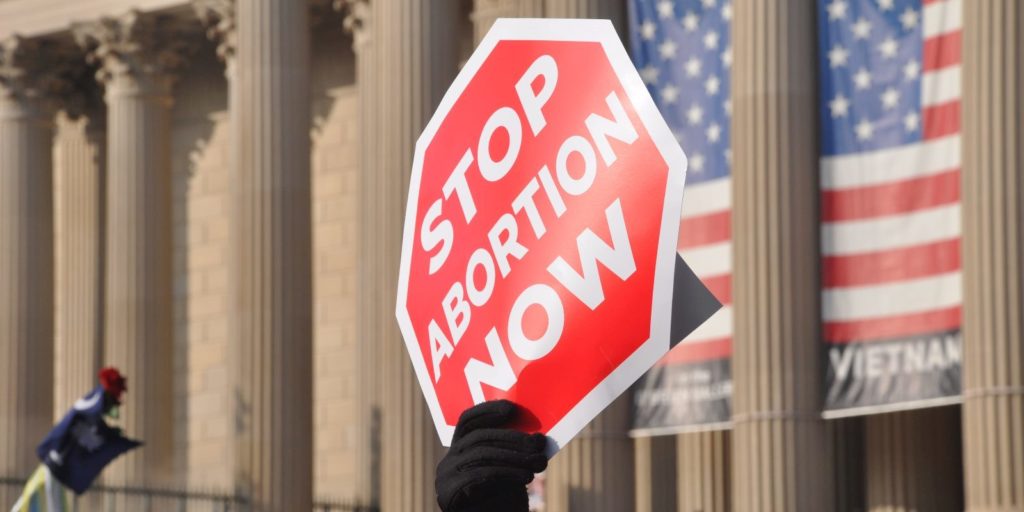 Several other restrictions bear watching. Seventeen states ban abortions after 20 weeks, based on the hotly contested theory that fetal pain becomes possible at that point in pregnancy. Others outlaw dilation and evacuation, the most common procedure after the first trimester. Both types of laws build on abortion foes’ last major win, Gonzales v. Carhart, a 2007 decision upholding a federal ban on dilation and extraction, a specific technique that Congress called partial-birth abortion.

In Gonzales, the court claimed that whenever there was scientific uncertainty, lawmakers had more freedom to maneuver. Now, abortion foes use scientific uncertainty to justify much broader restrictions. That leeway could give Roberts the kind of cover he needs to chip away at abortion rights. Rather than ignoring precedent, the court could claim to extend it, all while continuing down a path to eliminating Roe.

Recently, states have bet on laws that bring together abortion politics and explosive questions about racial justice. Mississippi and Tennessee became the latest states to ban abortions based on the fetus’s race, sex or disability. The Supreme Court dodged considering the legality of one of these laws, allowing the issue to percolate longer in the lower courts.

It’s still possible that the court would uphold a far more sweeping ban. Last year, after President Donald Trump seemed to have created a conservative Supreme Court majority, states rushed to pass laws outlawing abortion at the sixth week of pregnancy, when a doctor could detect fetal cardiac activity.

To uphold such a law, the court would have to overturn Roe and Casey, which both prohibit any abortion ban before viability. But red state lawmakers want to force the court to reconsider Roe. Roberts declined to overturn either one in June Medical, but he stressed that no one had asked him to. He might be game if the question comes up directly. And I believe it’s only a matter of time until someone makes a specific request.

June Medical doesn’t look to me like a win for abortion rights. The fate of Roe is more uncertain than ever. In my view, the threats to abortion have hardly diminished, and John Roberts, the deciding vote in June Medical, may well be the one to carry them out.

By Mary Ziegler, Stearns Weaver Miller Professor, College of Law, Florida State University This article is republished from The Conversation under a Creative Commons license. Read the original article.